A special project that has been in development 25 years and inspired by Avraham Abulafia: Kabbalist, rabbi, poet and mystic who lived in 13th century Spain. The series is my interpretation of the myths and imagery conjured up while translating his work from Hebrew to English. The Divine Chariot consists of four large bronze works that include symbols of different aspects of real and imagined stories.

Click to learn the symbolic meanings of the Divine Chariot 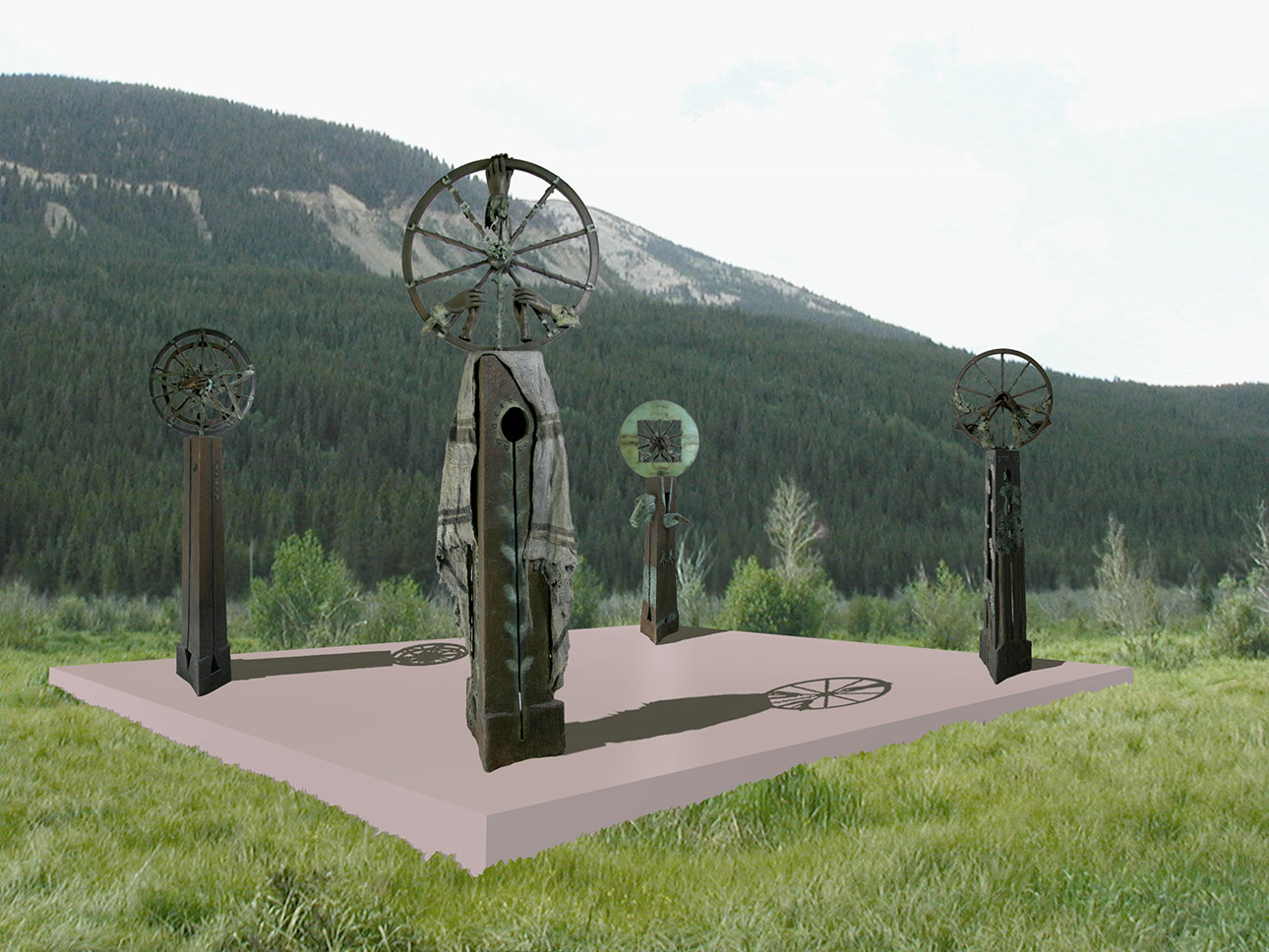 The Wheel – depicts motion, transformation, travel, circle, universe, the center post and hub of the wheel is always in transition

The Spokes – transition, the number 10 for minyan (an assembled prayer group), Hebrew letters on the outer rim, 1 – 10

The String – wrapped over each spoke: the golden string of life, heirloom crochet (my mother’s) adds complexity 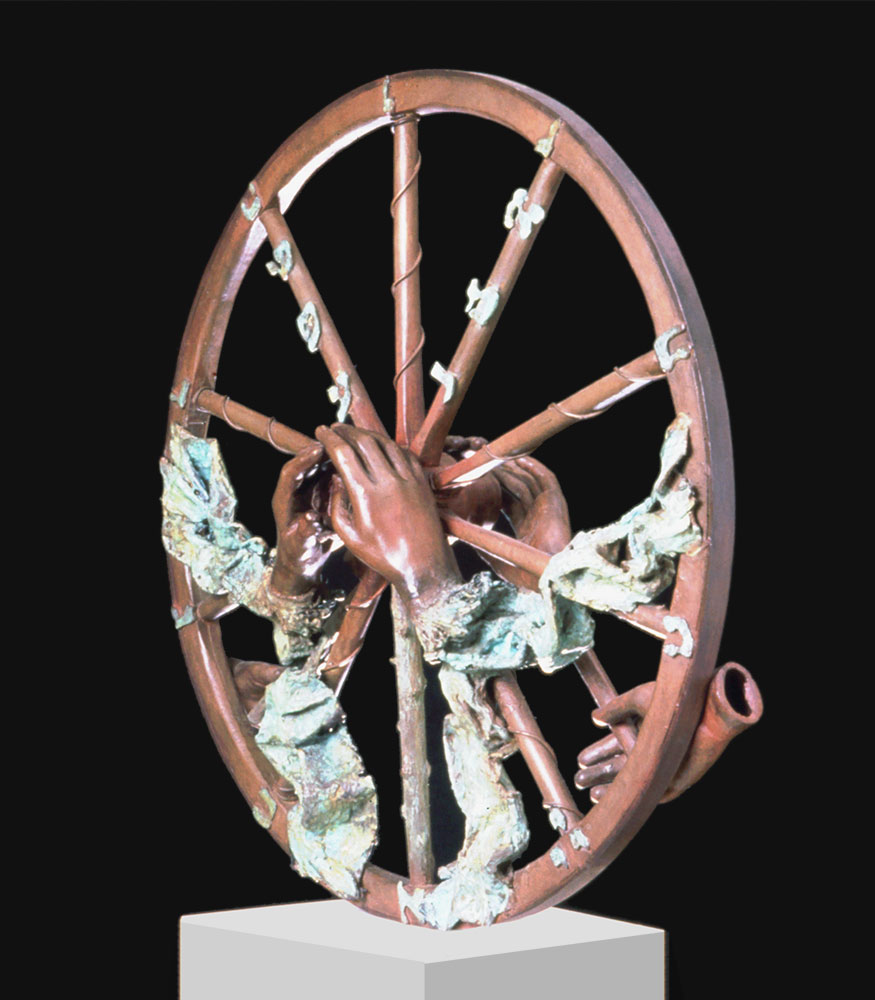 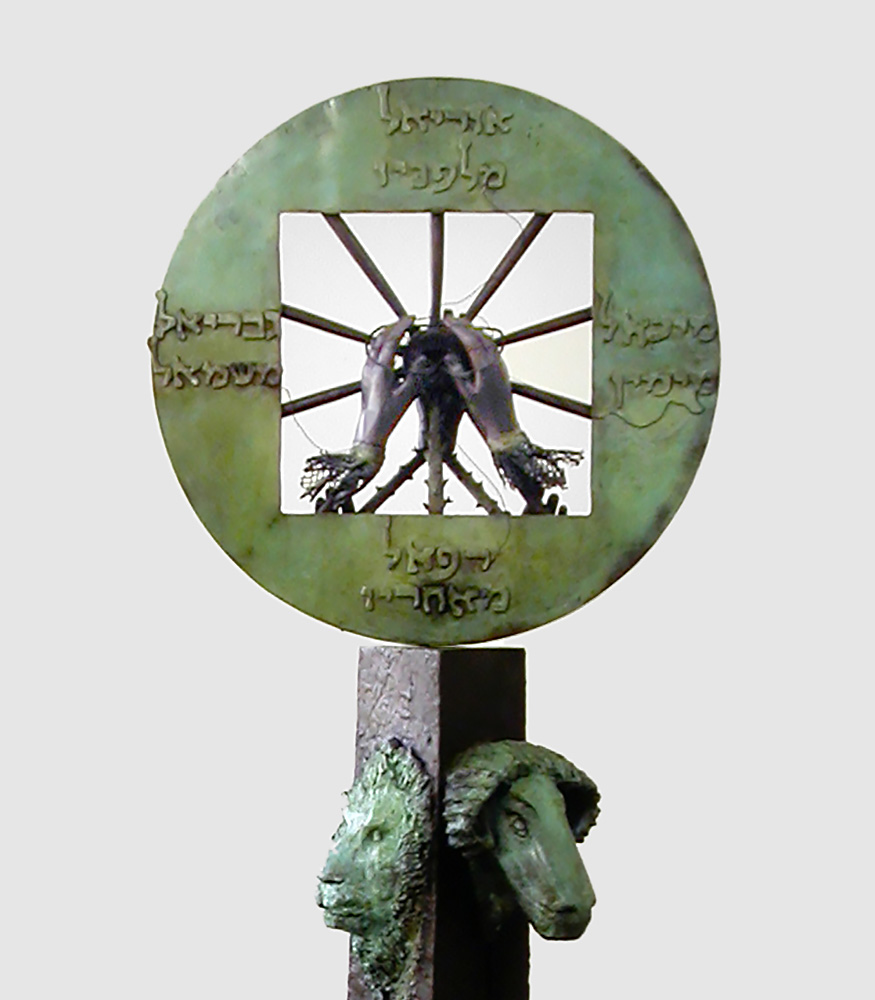 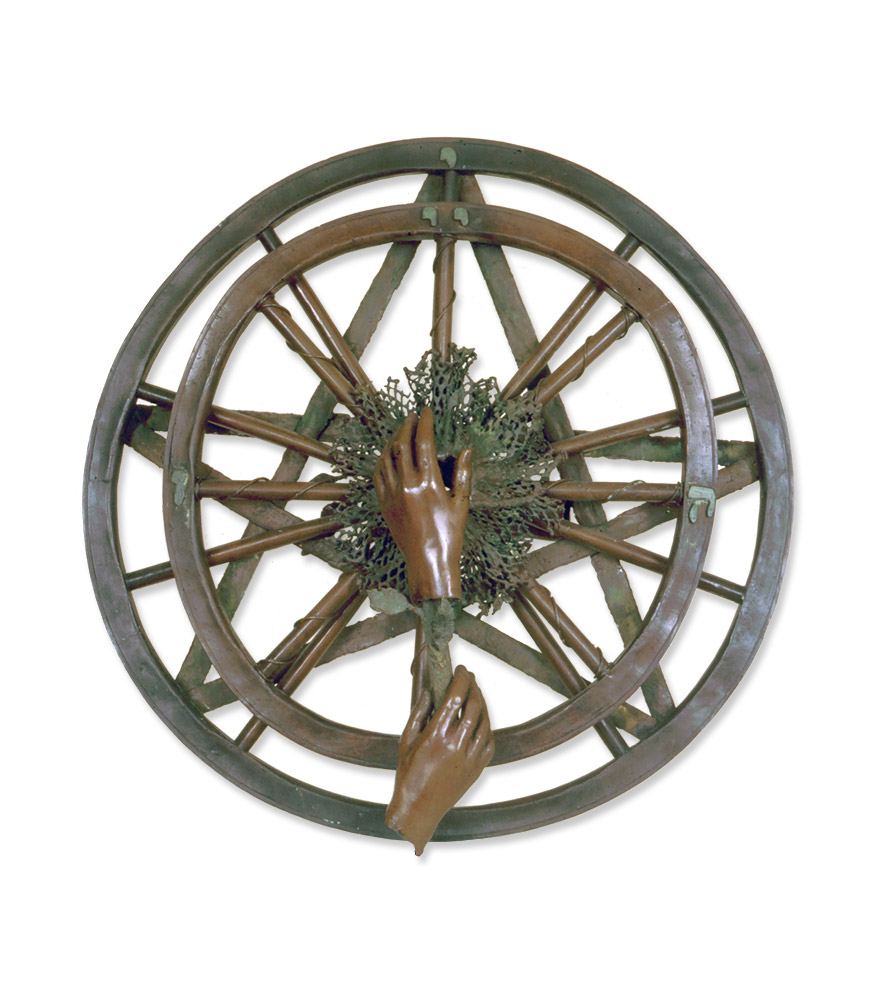 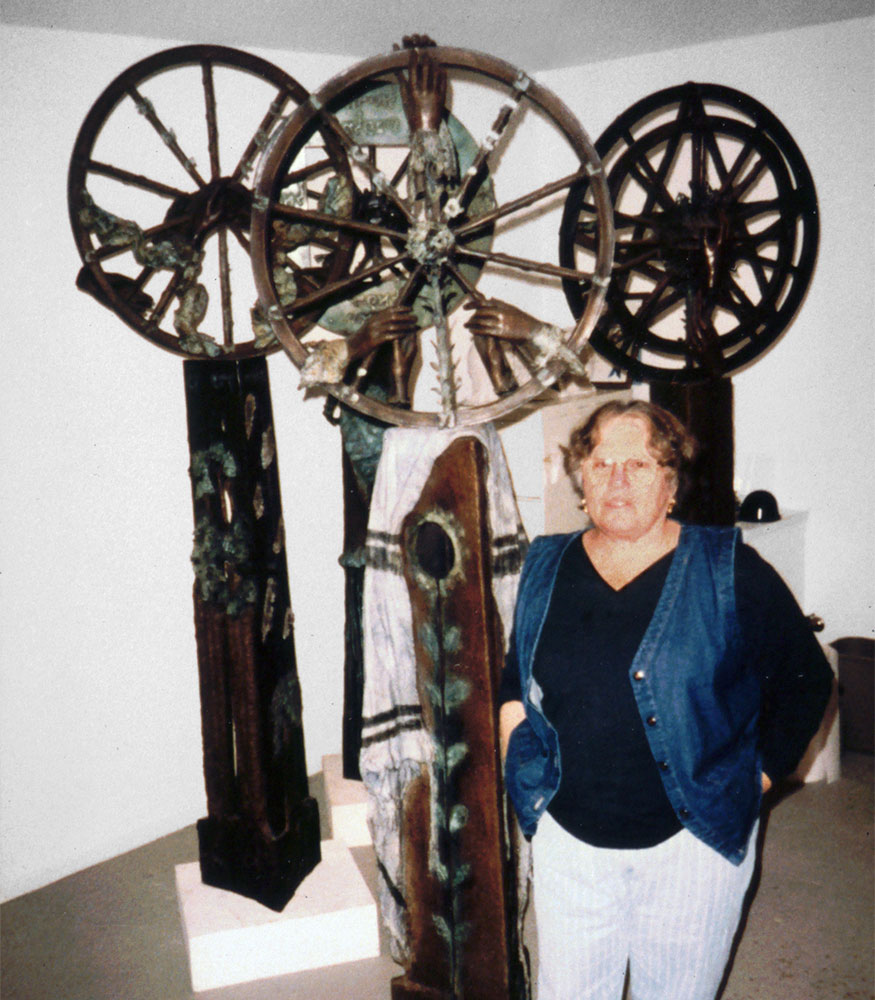 Wheel One: DIVINE INFLUX-BLISS reveals the Garden of Eden = innocence. One river split into four and created civilization. The triangle stand portrays the sky and the trees.

Wheel Two: PLACEMENT OF POWER depicts the names of the Angels, Michael on the right, Gabriel on the left, Ariel in front and Rafael behind. The triangular stand shows the powerful animals on earth, the lion, the eagle and the ram.

Wheel Three: POWER OF ONE, the wheel within the wheel alludes to the prophet Ezekiel imagery, the alchemical star to transformation. The stand represents the simplicity of one.

Wheel Four: POWER OF MANY, on the wheel two hands are in tandem, the hub of the wheel is in full bloom, leaves adorn the center spoke. Traditional belief is that an idea does not come to fruition until the community embraces it. The triangular stand depicts the prayer shawl (my father’s) the important standing of one in a community.

Ongoing experiments with spatial relationships led me to address the visual power of the Hebrew alphabet. The Aleph Series is a major body of work I developed over the last 25 years while waiting for the bronze Divine Chariot pieces to be produced – and the first time I worked with acrylic paints on canvas.

Expanding on the symbolism of the Divine Chariot: the circle and the relationship of color and form, my Aleph Series explores the creative use of a two-dimensional surface.

Displayed are three examples from this series – and were created for two solo exhibitions: The Complete Aleph Series at the Stadtmuseum in Düsseldorf, Germany (1992-1993) and Track 16 Gallery, Bergamot Art Center, Santa Monica, CA (2009).

Click to view a related video: Across Time, Space and the Ages 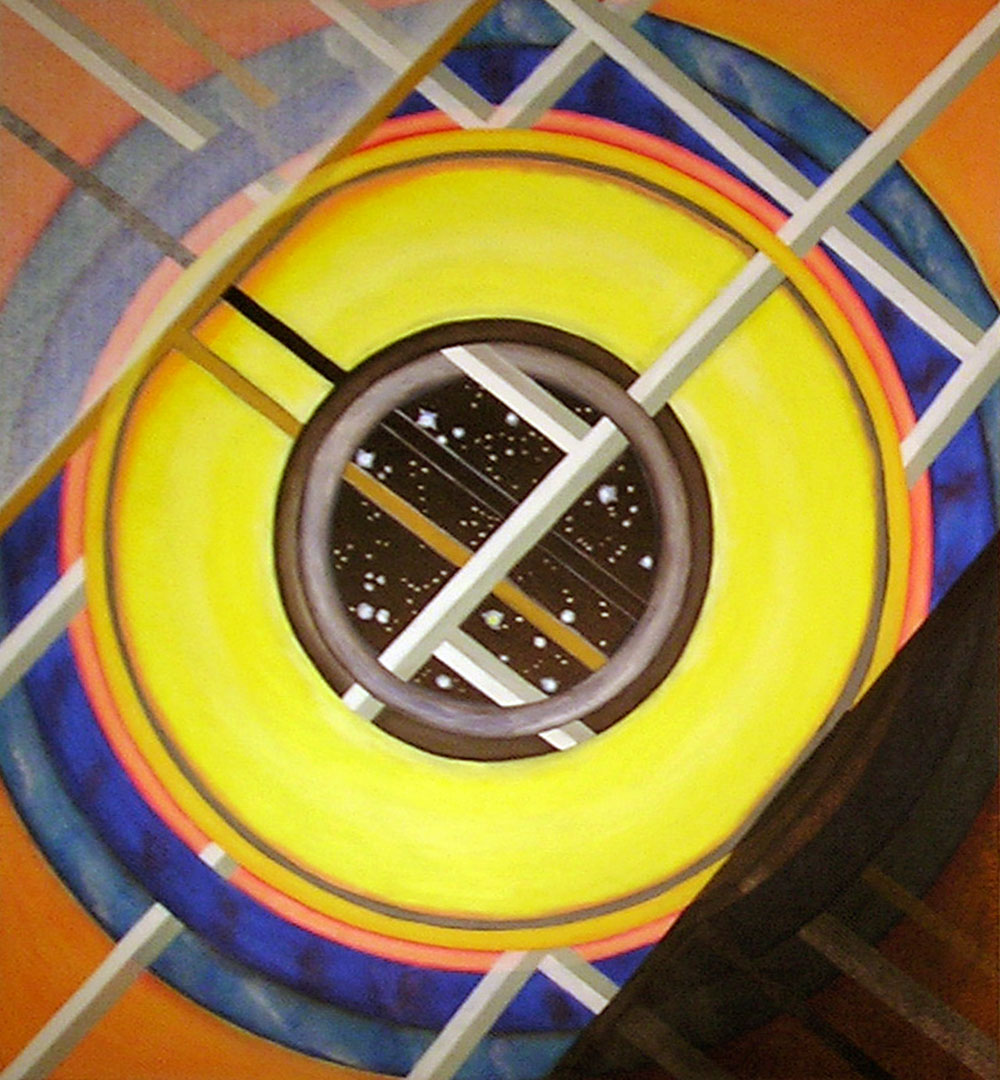 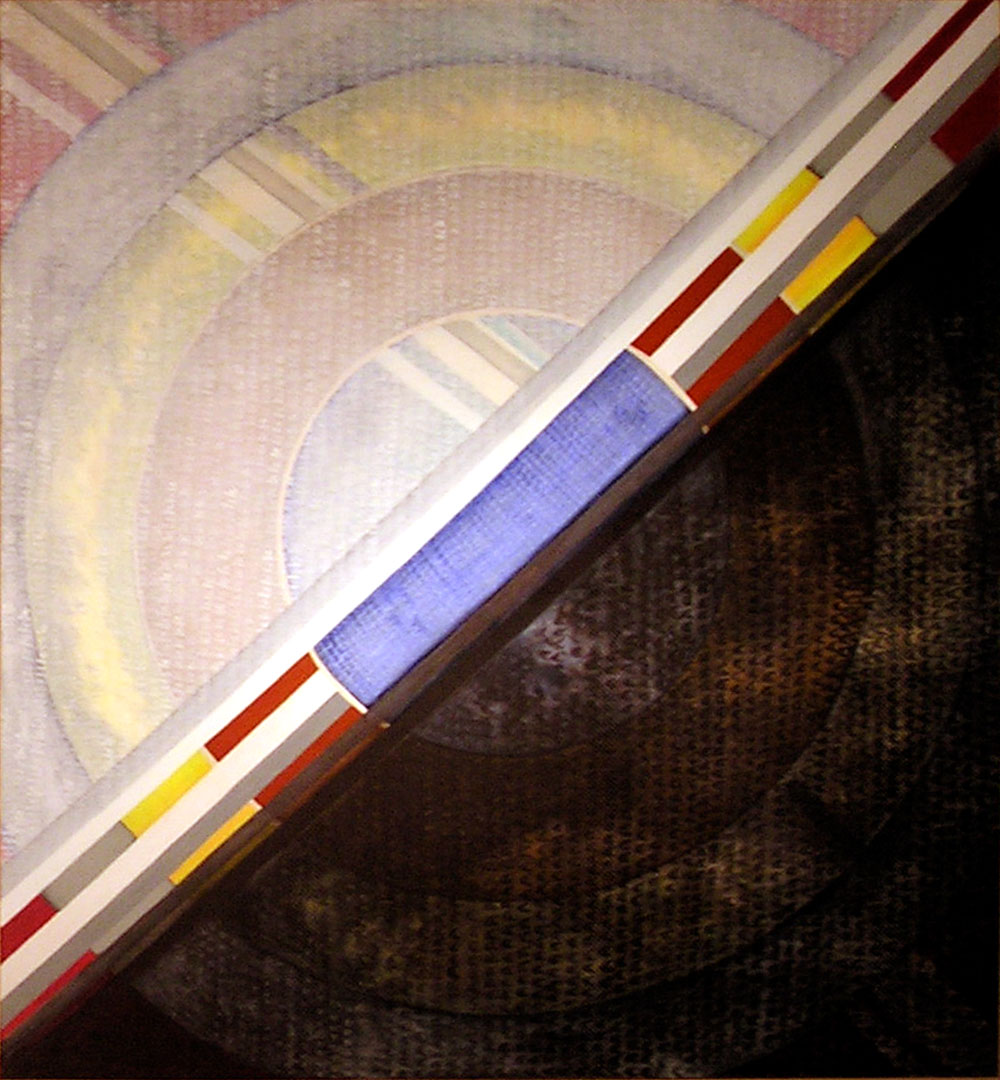 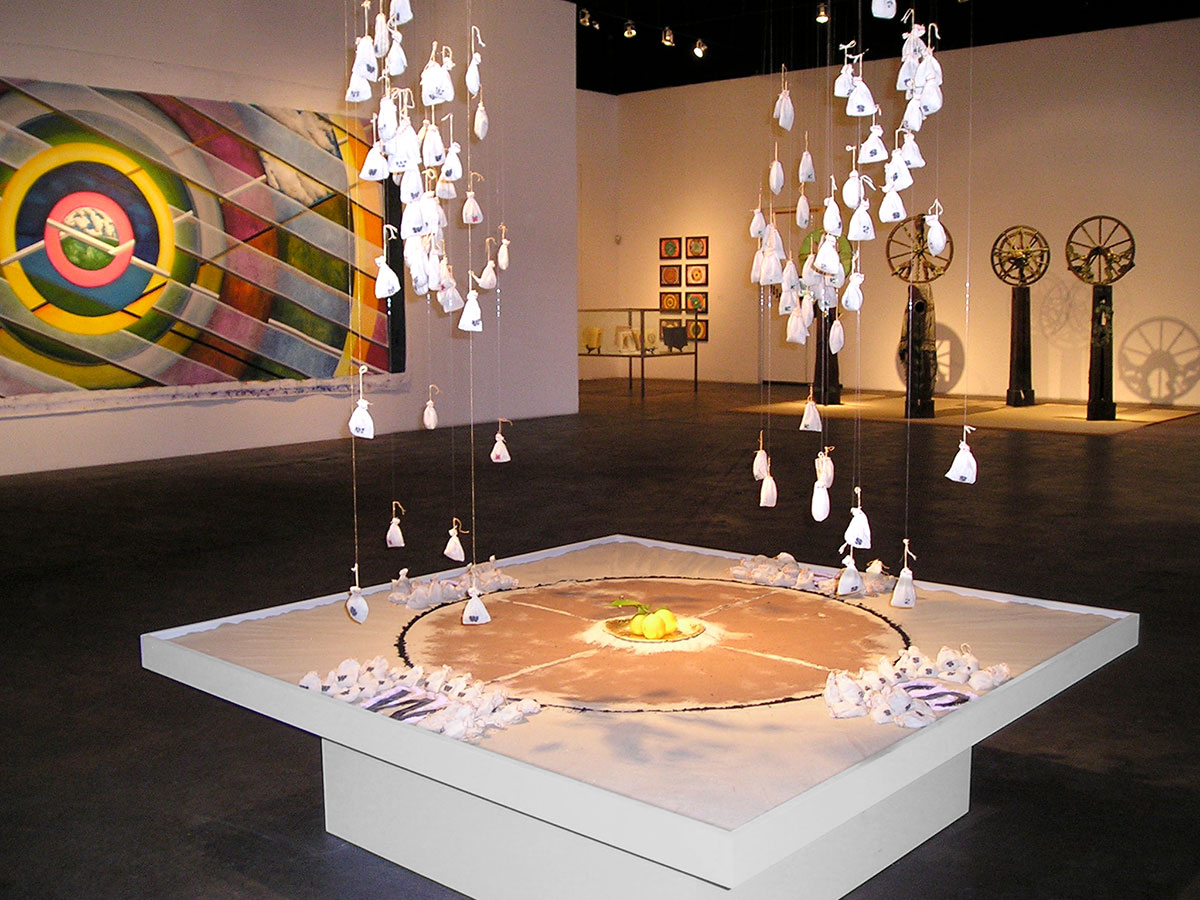